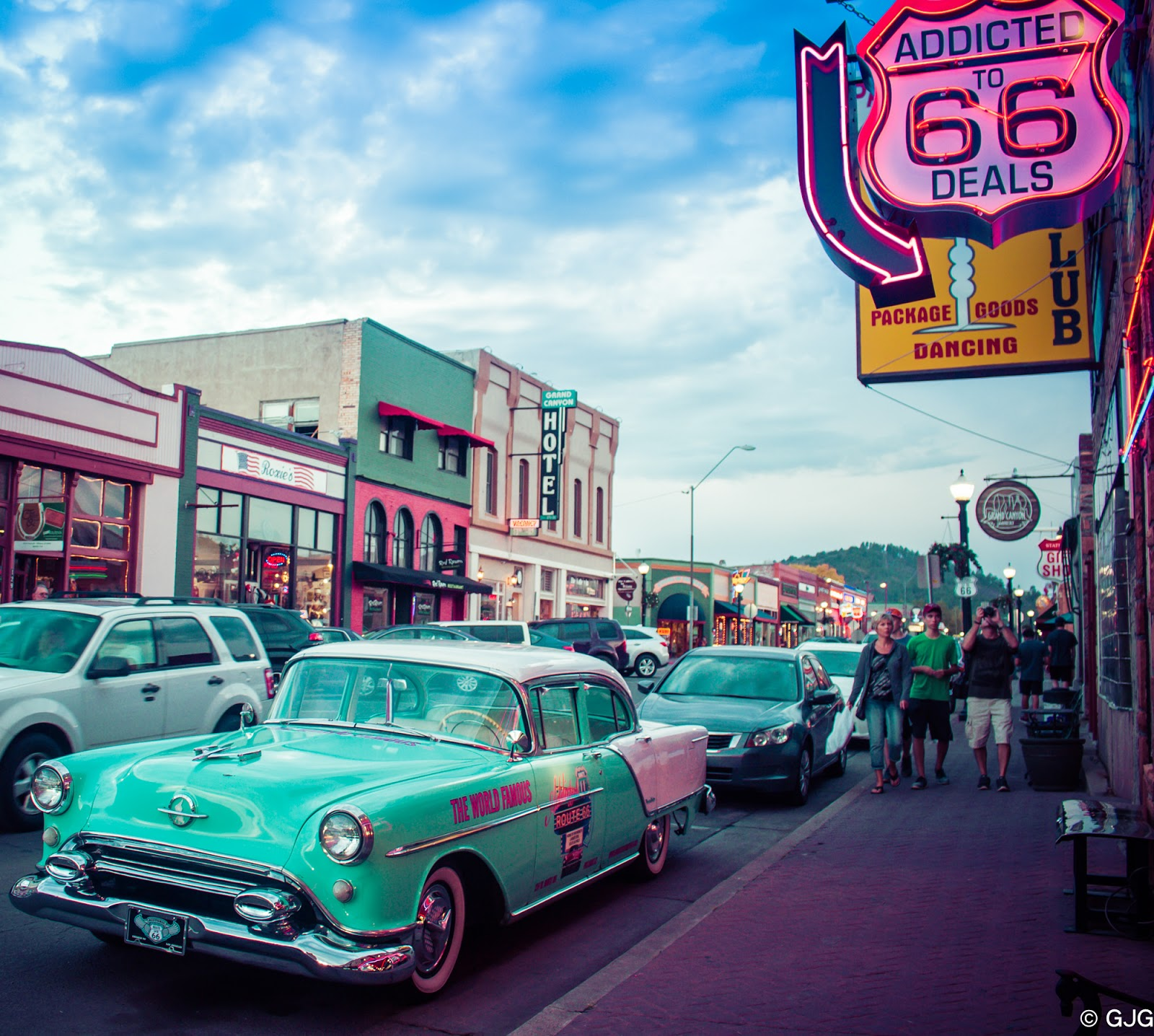 Jerome Arizona is truly your quintessential small town, with a population of only 474 people. The town is under a two hour drive away from the Phoenix area, making it an easy spot to visit for a fun day trip.

Jerome first originated as a copper mining town during the copper boom. In the 1870s, it was one of the most populated cities in the state as people poured into Arizona for mining. When the copper mining boom dried up following World War II, the population massively shrunk in Jerome, and now it is touted as being one of Arizona’s “ghost towns.”

While Jerome certainly is no longer the fourth largest city in Arizona and is not a huge mining operation anymore, the city is still fascinating to visit. Many of the original structures remain, and it’s a great place to go explore what life in Arizona was like before the state was even officially a state!

While in Jerome, you must stop to tour Jerome State Historic Park, which is perched on a hill and includes several historic spots. You can tour the Douglas Mansion, an old historic home built in 1916, which features many old artifacts from the town’s original days. The park is open from 10 am to 4 pm daily, and admission costs $7 for adults. While at the historic park, make sure to stop to watch the video about the history of the town. It’s told from the perspective of one of Jerome’s ghosts and offers insight into the many hardships the first settlers of the town faced.

If you want to learn more about the mining culture, there is also a Mine Museum within the town that is worth a stop on your tour of Jerome. The mine museum is located in a building that was originally the town’s saloon. A visit inside allows you to peek into the town’s history as the “Wickedest Town in the West.”

The town of Jerome is very small, so the dining options are more limited, but The Mine Cafe is a great breakfast and lunch spot located in the heart of the city. If you are looking for more extensive dining options, Jerome is a short drive away from the larger neighboring towns of Cottonwood or Flagstaff, which would also offer more lodging options if you want to make your visit longer than a day trip.

Three hours south of Phoenix, Tombstone is the town to visit when you want to feel like you are in an Old Western movie. Tombstone was one of the major silver mining towns in the late 1880s, and the population blew up overnight during that time.

Tombstone was known for being wild and lawless as it truly was the Wild West at that time. Eventually the silver mining dried up, but tourism is now the biggest industry for Tombstone, as it really is a fun place to visit to get an authentic Old West experience.

Tombstone is famous for being the location of the infamous Gunfight at the O.K. Corral. This is one of the most well known facts about the city, and several Old Western movies have been filmed in the town since then. A reenactment of the shootout takes place three times a day and is free for the public to watch, so make sure you catch the reenactment during your visit!

The main spot to check out during your visit is East Allen Street, which is home to most of the restaurants and stores in the town. You’ll find some fun places to eat, gift shops to buy Old Western souvenirs, and saloons that resemble the original buildings. Much of the original architecture has been preserved or rebuilt, which makes it feel like you have traveled back in time!

Another one of Arizona’s small town gems is Bisbee. It’s located 90 miles to the southeast of Tucson and is only a few miles from the Mexico border, making it one of the most southern towns in the state. If you are already on a road trip to see Tombstone, consider making the twenty minute drive south to see Bisbee as well.

Bisbee also got its start as a mining town back in the 1880s. Unlike Jerome, Bisbee has evolved over the years and is now known for being a trendy art town with lots of opportunities to explore nature.

A must-see sight during your time in Bisbee is The Lavender Pit, which is an open-pit copper mine. The best way to see it up close is on a Jeep tour. The open-pit mine is not lavender in color as the name would suggest, but is actually named for Harrison M. Lavender who was the Vice President of Phelps Dodge, the company that made the area into a mining success. The pit is quite scenic, and is a notable spot to see while in the town.

Get Your Kicks on Route 66 in Williams, Arizona

Williams is another very special small town in Arizona that is known as the “Gateway to the Grand Canyon.” A trip to visit the South Rim of the Grand Canyon wouldn’t be complete without a stop in this charming small town.

Williams is one of the cities located on Route 66, the original highway that connected the midwest to the west coast. People traveling on the long journey west needed places to stop overnight, and towns like Williams were born. You will find the town still maintains some of the vintage charm that travelers first experienced on Route 66 over ninety years ago on Main Street in Williams. Main Street is where you want to visit to enjoy diners, western collectible shops, and other souvenir shops.

For those who would rather explore the outdoors, outside of the Grand Canyon, Williams is also surrounded by the Kaibab National Forest, which makes it the perfect place to enjoy hiking, fishing, and all sorts of other outdoor activities.

Williams is the starting point for the Grand Canyon Railway, the train you can ride for a scenic tour of the Grand Canyon. The train has different hours depending on the seasons, but runs everyday from Williams into the Grand Canyon. This is a full day event, and you can expect to leave in the morning, ride the train until about lunch time, get off at the South Rim, and return back into Williams before dinner.

The route features a stunning journey through the Ponderosa pine forest around Williams and has views of the Colorado Plateau. You can also choose how you want to ride on the train, with either bench-style seating and open windows, or first class seats that come with extra leg room and complimentary snacks.

While Arizona is home to Phoenix, one of the largest cities in the country, it’s also home to some of the most charming small towns in the United States. A visit to any of these destinations allows you to peek into the origins of the state and to see what drew people to Arizona in the first place. While the state has certainly evolved significantly in the time since then, all of the small towns are adorable and offer unique opportunities to go deeper and see less traversed areas of the state.