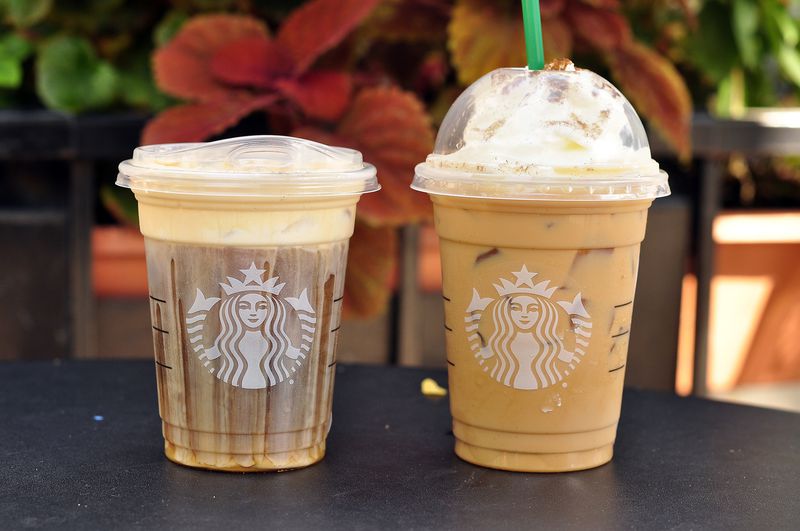 And we tried the new beverage — here’s how it tastes.

Starbucks is doing something it hasn’t done in 16 years: introducing a new pumpkin coffee beverage to its menu.

Back in 2003, Starbucks first launched the PSL. Lovers of the PSL have since gulped down more than 424 million cups of it, in its hot, iced or Frappuccino forms, according to a press release.

So why add to the line now? Well, seeing as Starbucks customers’ love cold coffee — with 50 percent of beverage orders now going to cold beverages, up from 37 percent in 2013 — it was only a matter of time that the PSL found its way in the cold-brew world.

“With customer excitement for PSL sweeping the nation each fall, we wanted to create a new beverage that combines two of our customers’ favorite things, pumpkin spices and cold brew,” Matthew Thornton, from Starbucks beverage recipe and development team, said in a statement.

Of course, Starbucks took its time to get the recipe right, assuring the PSL’s flavorful blend of pumpkin, cinnamon, clove and nutmeg would carry over.

“After trying 10 variations of the beverage, the Starbucks R&D team settled on a recipe that starts with Starbucks Cold Brew and vanilla, topped with pumpkin cream cold foam and a dusting of pumpkin spice topping,” the brand said in the release.

It was worth the wait. PEOPLE got the chance to test out the Pumpkin Cream Cold Brew, and promises it delivers all the classic warm flavors of the PSL, but in a refreshing, cool and creamy package — perfect for those days when you want it to be fall but the weather has quite gotten there yet.

Don’t want to leave your house to sip of the nectar of the fall gods? Starbucks released a Pumpkin Spice Latte creamer at the end of July, marking the first time Starbucks consumers could recreate the PSL flavor at home with just a splash from a bottle.

And if that isn’t enough, Starbucks also announced a few more at-home PSL-inspired products in late July, which have been rolling out in grocery stores throughout the month of August. These include Pumpkin Spice K-Cups, ground coffee, instant lattes, ready-to-drink bottles and cookie straws.